The spirit of William Terriss, is said to be dressed in Victorian attire. He is said to haunt the Adelphi and the Covent Garden tube station.

In life William Terriss, was an actor of the Victorian age. On his way to perform the play, 'Secret Service' on December 16, 1897 when a former colleague of his stabbed William to death; whilst entering the Theatre by the royal entrance in Maiden Lane.

As he died he his lover actress Jessie Millward heard him whisper "I will come back."

The first reported sighting in the Adelphi Theater was made in 1928. A young actress known only as "June" was sleeping before a performance. When the couch underneath her began to shake. She investigated and found nothing. When it began again, she saw a greenish mist. Then something grabbed her arms and held her to the bed. When there came two knocks, which ended her ordeal. When she asked about her room later, she found it belonged to William Terriss. During his life when he walked to the room he would knock on the door with his cane. "June's" arms were bruised for several days after the event.

Several employees of the Adelphi witnessed "Terriss'" last appearance at the theater, in 1950. But they claimed he usually appeared from a green mist and would frightening spectators.

The first reported sighting in the Covent Garden tube was in 1955 by ticket collector Jack Hayden. Who saw "Terriss" wearing an opera cloak and gloves, holding a cane, and "with a very, very sad face and sunken cheeks". The apparition has been walking the platform or climbing the staircase. "Terriss" has even been seen walking through a closed cafeteria door. The last sighting of Terriss' ghost was in 1972.

A physical attack and eyewitness accounts.

2. Somewhat improbable : The evidence does not prove the apparitions existence. 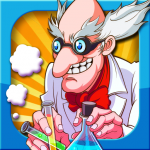